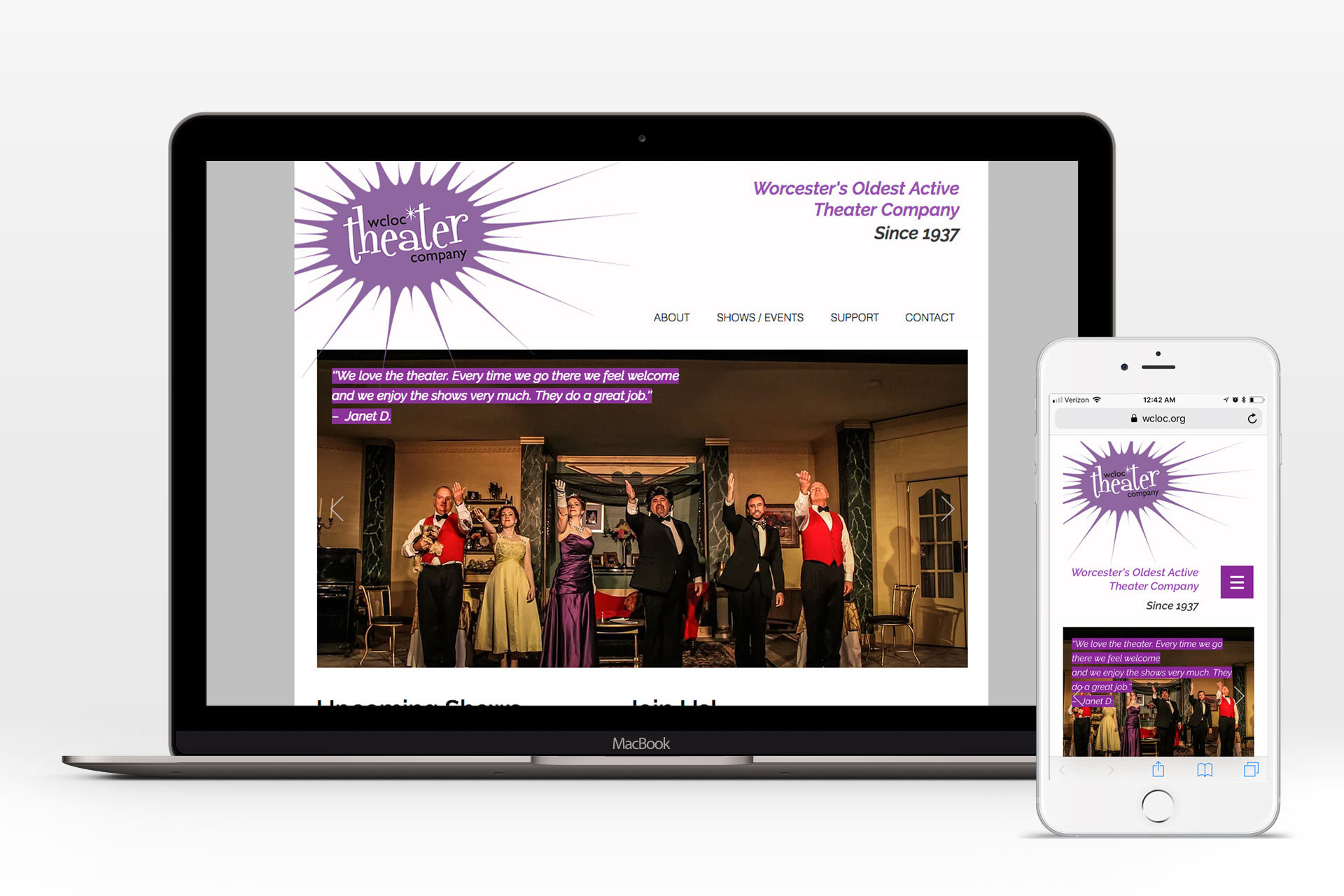 The WCLOC Theater Company is a hidden gem among the Central Massachusetts community theater scene. Started in the 1930’s as the Worcester County Light Opera Club they have grown from light opera performances to producing a wide range of theatrical works. A cohesive and vibrant identity was developed around it’s established logo to help give new life to their marketing material and attract new younger audiences. The design for each play focuses more on promoting the theater’s identity rather than the individual shows. Using custom illustrations in a series gives the theater visual ownership over the productions they stage each season.

The logo was revived with the addition of a burst inspired by the twinkle mark from the original logo. The new logo style immediately calls attention to the theater’s name and evokes the excitement experienced from a live performance. It also acts as a label that can be placed freely across all the theater’s marketing initiatives. In addition, a new website design was also developed to bring the new brand style online. 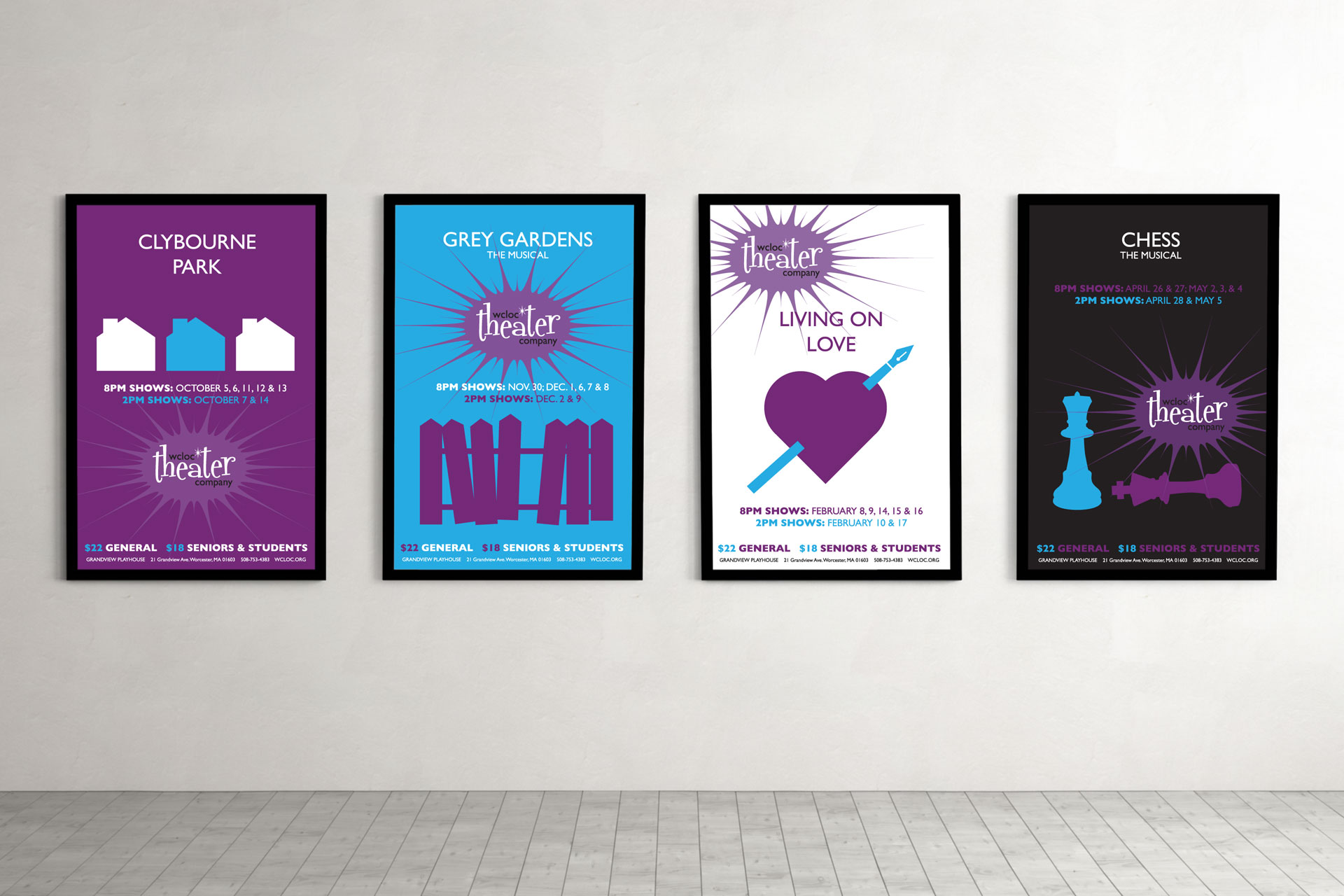 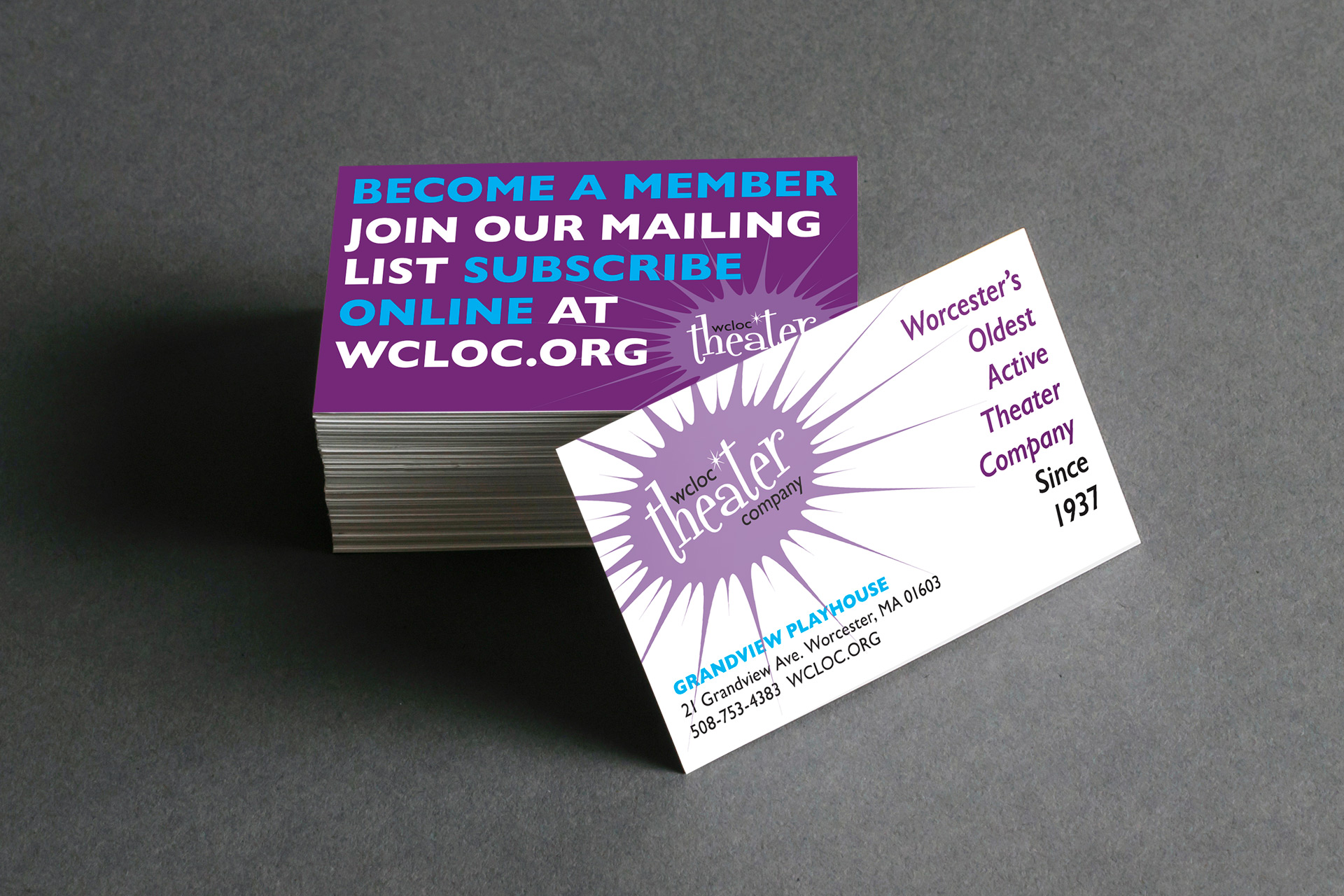 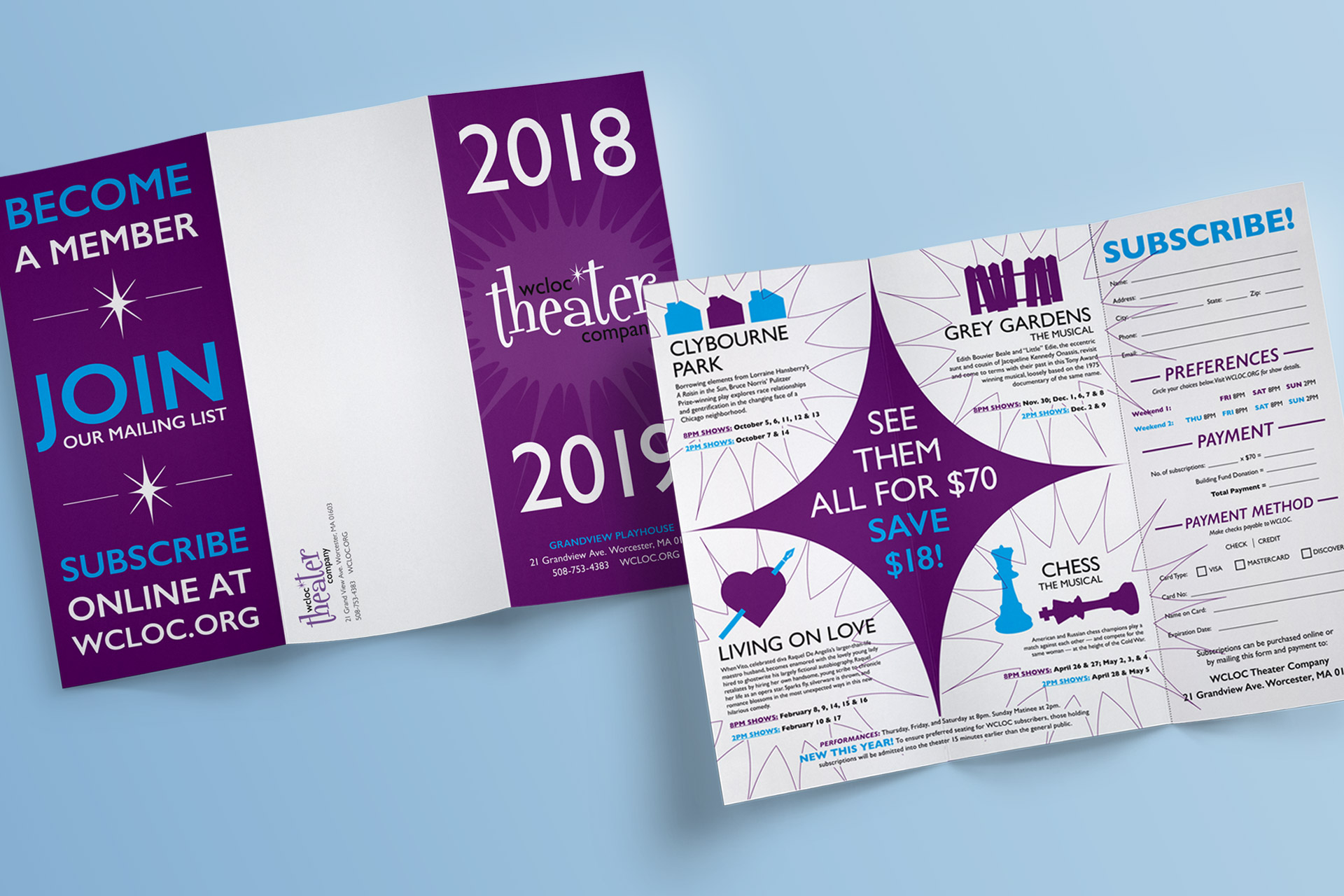